by the Cherry Faced Lurchers 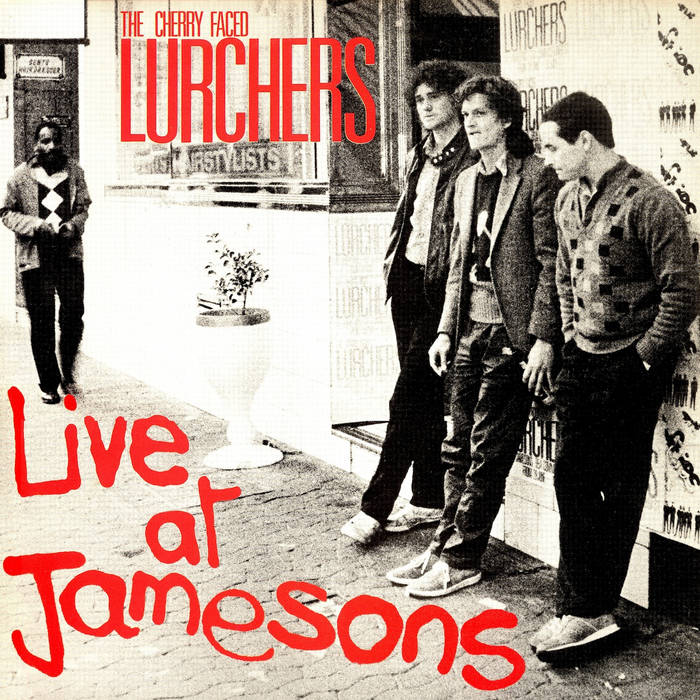 After the break-up of Corporal Punishment James Phillips formed a new, short-lived band “Illegal Gathering” before embarking on studies towards a bachelor’s degree in music, initially at Rhodes and then at Wits University, before forming The Cherry Faced Lurchers. Starting initially as a novelty band, playing songs like "Do the Lurch" or “That’s my Shirt and I Want it Back”, things really started when the band got a residency at the then-unknown Jameson’s.

Jameson's was a bar in Commissioner Street in Jo'burg's central business district, it had a Kruger liquor license - one of a small handful issued by the onetime president of the Transvaal at the turn of the 20th century, a license that transcended the racially divided and time-restricted liquor laws of the day. Young (mostly white) South Africans mixed with their counterparts of colour; everyone got trashed together. It was like the bastard child of Sophiatown. It was the new South Africa in twisted embryo.

Jameson's made The Cherry-Faced Lurchers, it was the moment at which a rather ramshackle band pulled itself together. By July 1985, when Lloyd Ross of Shifty Records put Live at Jameson's down on tape, they were an extraordinarily tight three-piece with a repertoire of songs exceptional for their strength.

all composed by J.Phillips except track4 by K.Helgard
published by Shifty Music ZA

Starting initially as a novelty band, things started when the band got a residency at the then-unknown Jameson’s in Commissioner Street in Jo'burg's central business district, it had a Kruger liquor license - one of a small handful issued by the onetime president of the Transvaal at the turn of the 20th century, and transcended the racially divided and time-restricted liquor laws of the day. ... more

Track Name: Shot Down
Shot down in the street (lyric)

Long have we all waited Many times have we seen In the eyes of the labourers In the eyes of the neighbours A feeling that leaves none to guess who’s been doing what for who and when for less And who’s been left out there with dust on his dead feet Shot down in the street Look right at the sunset Look left and pour the tea Look on in amazement Milk first and mass crazy here Nowhere else in the world can you see so many monsters and mutations that creep out so efficiently
And leave you wandering what happened to all those sacred things They got shot down in the street New morning, new morning Old ways get away But here in my cradle I lie incapable I’m a white boy who looked at his life gathered in his hands And saw it was all due to the sweat of some other man That one who got shot down in the street

Bandcamp Daily  your guide to the world of Bandcamp

Featuring Gary Bartz, 5 years of Rhythm Section Intl and an LP of the week by Nicolas Jaar